In 2017 The Lonely Press commissioned Constantinos Andronis to create a series of artworks to accompany Ergasy, the debut poetry collection by Swansea University PhD student, Christopher Cornwell. Andronis lived with the collection over a period of time before returning with a series of works that both captured the intricate nature of Cornwell’s poetry, while also existing as uniquely powerful works in their own right. A poet himself, Andronis has spoken of approaching his artworks in the same spirit as he would a poem, and as such, he was able to instigate a conversation with Cornwell’s work that few other artists would have been able to achieve. As New Welsh Review have said: ‘The sequence of anti-illustrational inks work wonderfully, appearing alternately as hacked-up torsos, seepages of fluid, ghastly foetuses and landscapes of minor concrete worlds. The undecidability of their material state… creates a pleasing and fruitful dialogue with Cornwell’s poetry.’

The realm of the Ergasy paintings is a cruel and nightmarish one, marked by amorality and decay. It is an exquisitely executed series that speaks not only of Cornwell’s ‘intoxicated progress through the English language’ (Robert Minhinnick) but also of the fraught 21st Century times into which these artworks were born.

BUY FROM "THE LONELY PRESS" 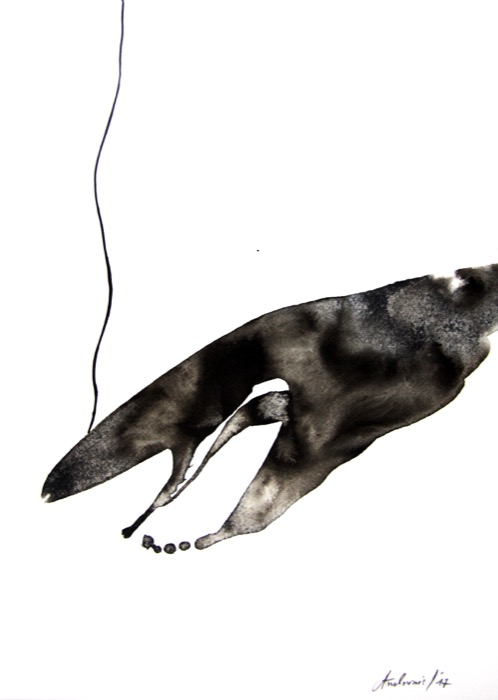 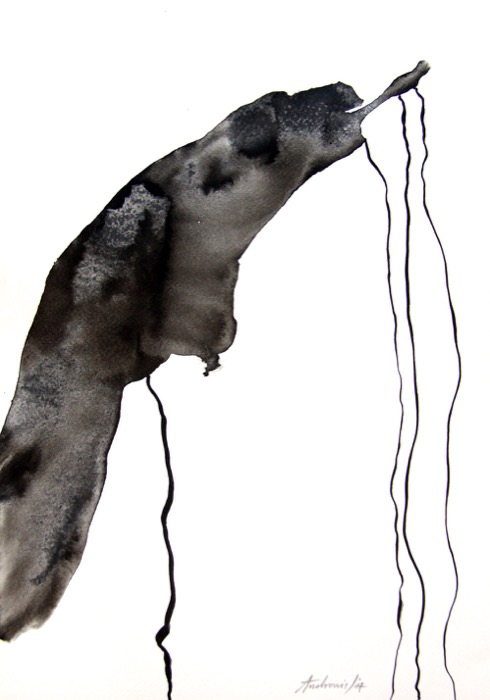 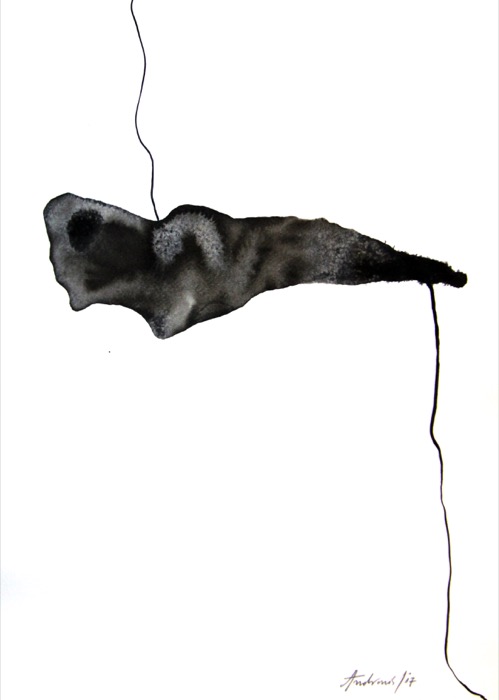 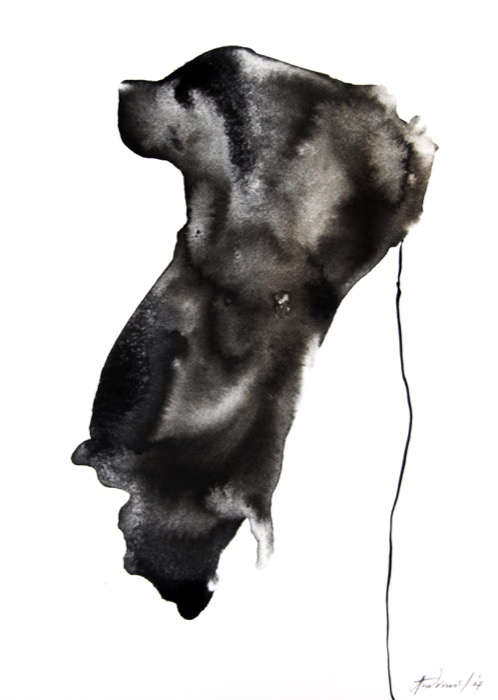 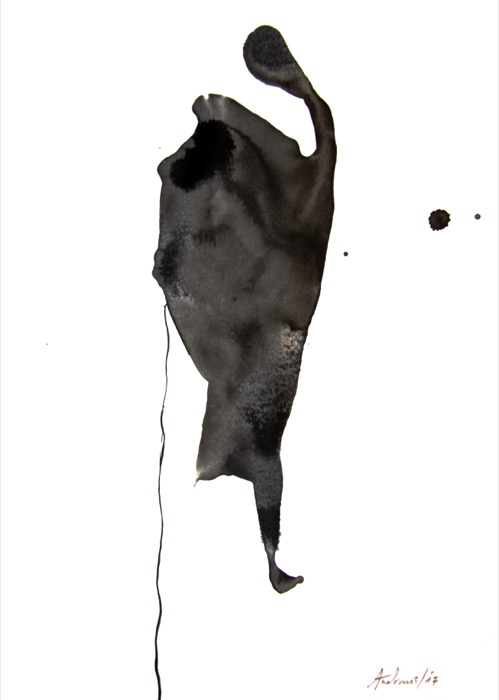 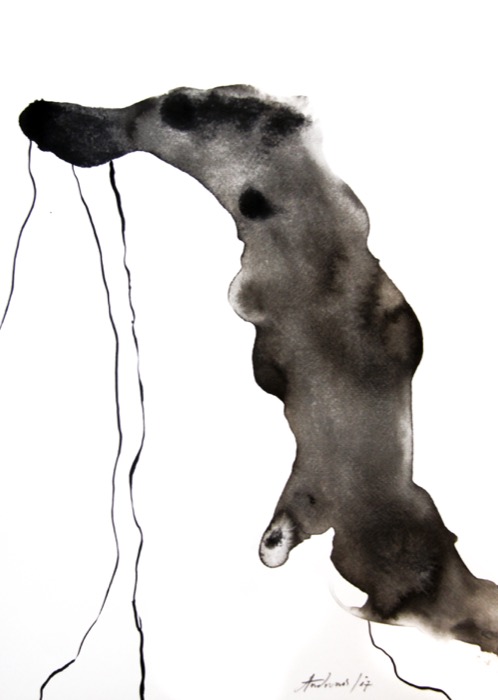 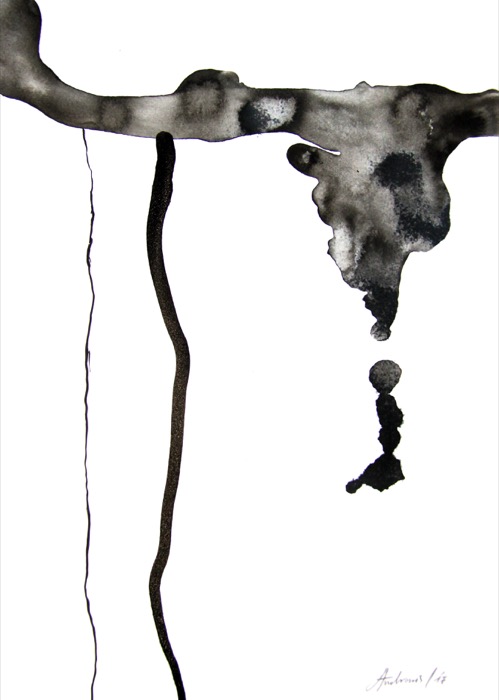 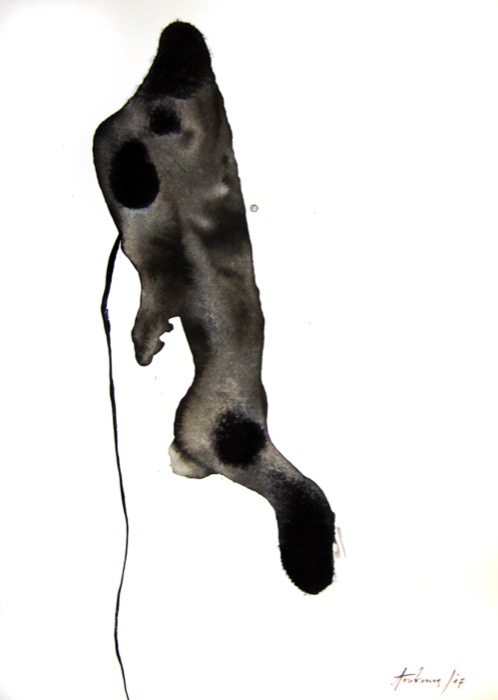 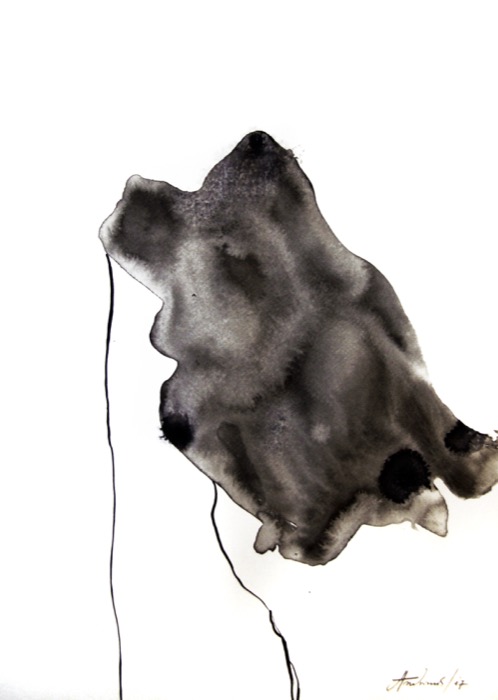 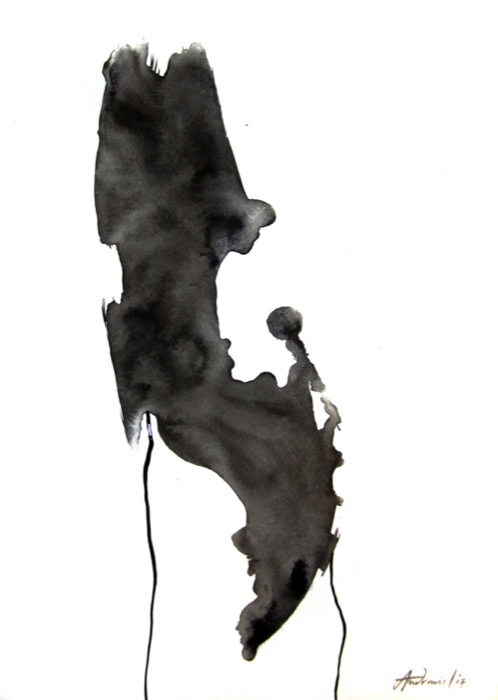